“I Had Nothing to Lose and Everything to Gain”

In February 2014, Lamont lost his support network: the support that was there for him during the 4 years he spent in the National Guard and after his time in the service when he suddenly became a double amputee due to a restaurant shooting tragedy.

When Lamont and his wife divorced in February 2014, he was devastated. In a short amount of time he lost his marriage; his home and his job. His daughters no longer lived with him. Homeless and in shock, he turned to DuPagePads.

In addition to utilizing DuPagePads Interim (Overnight) Housing sites for meals and shelter, he took advantage of the assistance and programming offered to him at the DuPagePads Client Service Center.

Determined to get back to work, he was accepted in the DuPagePads Career Employment Solutions Program. Not only did he utilize the computer lab and learned best practices for cover letters and resumes, he worked closely with the Employment Director to further his options for education and developed a plan for a new career path.

DuPagePads Employment Director learned of Lamont’s interest in robotics and believed that Lamont would be an excellent candidate for training in Computerized Numerical Control (CNC) offered through a partnership with Jane Addams Resource Corporation (JARC). The extensive program was 24 weeks, 6 hours a day, 5 days a week and required knowledge of trigonometry, another challenge since Lamont had never taken a course on it.

This did not deter Lamont! DuPagePads found him a math tutor who worked with him two to three days a week for three months leading up to his taking the test to enter the program.

He passed the entrance test, but still had hard work ahead of him. “I would attend CNC training during the day and stay at the Interim (Overnight) Housing sites at night, studying when I could before lights out.”

“I had nothing to lose and everything to gain,” Lamont shares.

He was optimistic going to his job interview at a manufacturing plant in Carol Stream. However, they had reservations about his being able to stand for long hours as a double amputee. Lamont assured them, “I’ve come this far, I can do it. Give me a chance.” He was offered the position and has been working there in his field ever since!

Today, Lamont has his own apartment and has reconnected with his 10 and 15 year old daughters. “I’m so proud of my girls and even more proud that I now have a home where they can visit me.

I moved into my new apartment in February 2015, one year after I became homeless.

I can’t believe how much my life has turned around in a year and I feel so fortunate that DuPagePads was there to assist me.” 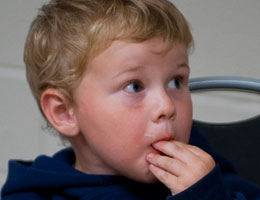